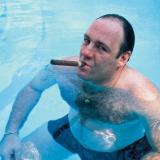 i think something is realy wrong with the appearance of the notifications, would you take a look at this ticket too? i have some ideas that might help you guys resolve the issue if there is any ofc.

after you got that let me know and i'll remove the ticket number or a mod can do that please?

SandboxEscaper is the same researcher who previously publicly dropped exploits for two Windows zero-day vulnerabilities, leaving all Windows users vulnerable to the hackers until Microsoft patched them.

A new type of malware has been found listening for commands from malicious memes posted on Twitter, according to new research from Trend Micro. Cyber-criminals are using the social site as an unwilling conduit in communicating with its mothership through the use of steganography, a tactic that hides a payload inside an image in order to evade detection.

The payload also instructs the malware to take a screenshot and collect system information from the infected computer, Aliakbar Zahravi wrote in a recent blog post.

“This new threat (detected as TROJAN.MSIL.BERBOMTHUM.AA) is notable because the malware’s commands are received via a legitimate service (which is also a popular social networking platform), employs the use of benign-looking yet malicious memes, and it cannot be taken down unless the malicious Twitter...

Iranian cyberattackers are stepping up their game after US President Donald Trump re-enforced severe economic sanctions on the country last month, the AP reports. Much of the cyber espionage activity targets American officials who make sure the sanctions stay in place.

Cerfta, a cybersecurity organization based in London, has been tracking the activity of threat group Charming Kitten and its recent campaign of phishing attacks – the most common threat among Iranian state-backed groups. The AP reports Charming Kitten has been attempting to hack email accounts of US Treasury members,

As with previous attacks, organizations in the Middle East appear to be main targets, Symantec says.

Organizations in the United Arab Emirates and Saudi Arabia are once again being targeted in a new wave of attacks involving Shamoon, a malware strain that was used to destroy more than 30,000 PCs at oil giant Saudi Aramco in 2012.

The latest attacks come after a two-year lull and are doubly destructive since they include a new component, Filerase, for erasing files on an infected system before Shamoon wipes the master boot record clean, Symantec states in a report. The addition of Filerase makes it almost impossible for victims to recover data from impacted systems, the security vendor notes.

Based on a breach disclosure from Italian oil services firm Saipam, the new Shamoon attacks appear to...